Like most writers and other artists, I’ve always been fascinated by the idea of where stories come from.

Is it a gathering of muses deciding to bestow sparkling drops of inspiration when I least expect it? My subconscious wanting to read stories that haven’t been written yet? A little machine in the back of my mind run by manic giggling toddlers? Or simply the act of getting my fingers to the keyboard and listening to the always chatty voices inside my head?

I’d say I believe all those ideas and more depending on the day and what I’m writing. Most often, though, I lean toward the manic toddlers.

I’d imagine all the writers included in the fantastic Cattitude StoryBundle would give you a similar variety of answers depending on which day you ask! 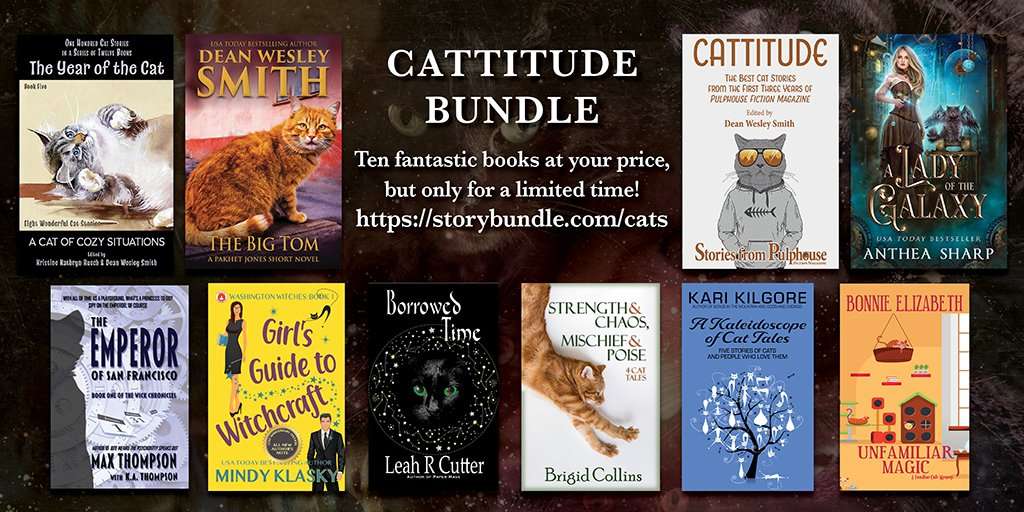 What none of us could argue is how much our resident felines have helped spark and bring our stories to life. That’s especially true for me with A Kaleidoscope of Cat Tales, my collection of short stories, and one of four books you can’t get anywhere else but this StoryBunde.

Even if our cats don’t directly drive the stories, they’re inevitably going to make an appearance!

So with their blessing (and their insistence, to be honest), here are the real life kitties who keep me telling the next cat tale. At least when I can keep them off the keyboard.

Lafayette is the model in appearance and behavior for the first story, The Inn, the Black Cat, and Two Halves of the Same Heart. He actually does have a thirteen-inch tail, and a warbley meow that sounds like a cassette tape about to break. His name came from behavior very much like the cat in this story, but I won’t give that away here. I will say this is a sweet holiday romance, and there will be more to come set in the enchanting Hidden Springs Inn.

Since the second story, Survivors of the Malance, is post-apocalyptic, thankfully none of these spoiled kitties directly inspired the action. I did have all kinds of fun imagining Lafayette and his best friend Zortea at the size of a big dog, while leaving all their housecat attitudes and behaviors intact. Not sure I’d want to think about that litterbox, or how much damage they could to to the furniture, but the idea of a purr that deep and rumbling definitely has its charms. 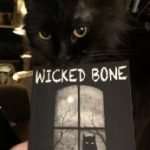 Right square in the middle is Wicked Bone, an eerie tale that wouldn’t surprise me at all if it had a grain of truth. Years ago my mother mentioned someone having a wicked bone, and the toddlers in my head immediately cackled with glee. All I had to do was cast my gorgeous kitty Loretta in the starring role, and off we went. All five of these stories are set here in my native Appalachian Mountains of Virginia, but I have to say this one feels closest to home for me.

In Service to a Superior Species came out of a situation we’ll all recognize, unfortunately: the last year and a half of life on Planet Earth. This story helped me find a more positive focus and hopefully a way through hard situations during this time and going forward. I cast back a bit to a former companion for this one, a long-haired tabby names ZsaZsa, and combinations of a few others. As is so often the case, furry friends offer all kinds of comfort when humans need it most.

The last story in A Kaleidoscope of Cat Tales brings Zortea onto the big stage, and her primary response is to wonder why I ever focused anywhere else? The Magic Cat of the Hidden Springs Inn and Spa was my first visit to the magical inn, and my first time meeting the delightful owners Lloyd and Suzie Fletcher, and most importantly, the string of extraordinary cats who really do run the place. Much like Lafayette with the first story, Zortea in fiction is very much Zortea in real life. She does seem to be put together out of spare parts, and she’s the boldest, most opinionated cat I’ve ever come across.

Anyone who knows me in real life is thinking “Hey, what about AJ?” He’s our big tuxedo boy, with a rather unusual nose and high-gravity stature. My husband Jason A. Adams has included AJ in a few stories, and I actually named an entire solar system and alien species after him in my novel Plurapod Pathogen. While he didn’t make it into this collection, he’ll be making his literary debut over the holidays!

If these furry muses could convince me to let them borrow my computer, they’d send you over to the Cattitude StoryBundle at top speed. Not only to get to know them better, though that is of course the priority! They mainly don’t want you to run out of time to grab this wonderful bundle full of some of my favorite writers, and a whole bunch more brilliant feline muses. You can get all ten ebooks, including the four exclusive to this StoryBundle, for only $15.

You’ll also have a chance to help support AbleGamers, a charity giving folks facing social isolation a much-needed way to connect now and into the future.

Lafayette, Loretta, Zortea, and even AJ look forward to seeing you there!