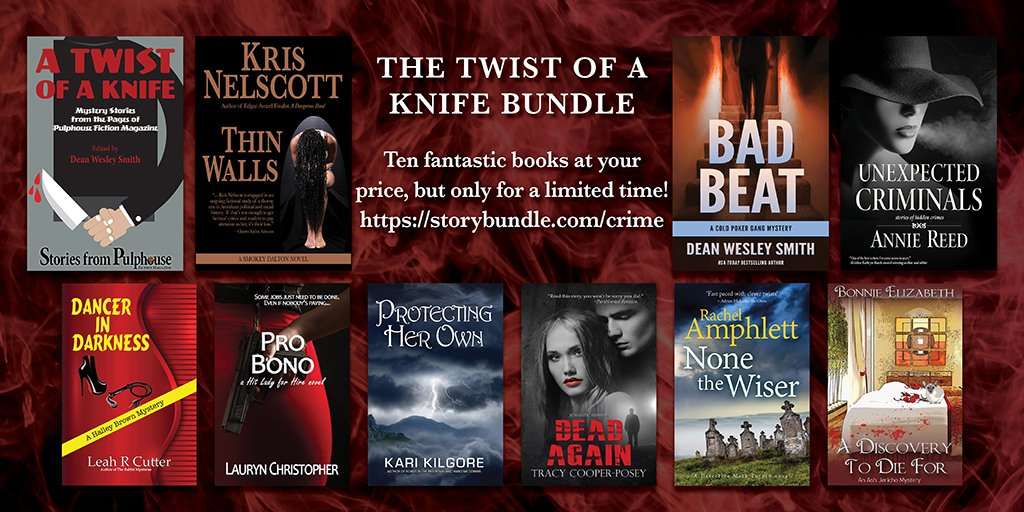 Seeing my Appalachian romantic suspense novel Protecting Her Own in the fantastic Twist of a Knife StoryBundle got me thinking about why I create my own fiction worlds. Be sure to click over to https://storybundle.com/crime and read more about how to get all these wonderful books at a great price and benefit AbleGamers while you can!

And no worries, you can read Protecting Her Own first and circle back to the others if you like.

Back when I used to daydream about being a writer, I always thought one of the most fun and exciting parts of the job would be making up my own worlds.

Lands where the sky is purple and the trees a true vivid blue. Cities that float, perhaps where every person (or non-human resident) travels by flying cars or magic carpets. Entirely new planets where giants roam, but the real leaders are so small they’re invisible to the naked eye. And of course that eye could be any color or shape, and operating on its own or as one of three or seven or a dozen eyes.

That part is indeed a delight.

One of the few things I didn’t imagine back then was how much I would adore creating my own brand-new towns and cities that have their roots in our here and now. Some have a few tweaks, to be sure, but anyone who could walk down the street in one of my fictional locations wouldn’t spot anything all that different.

Not on the surface, at least. 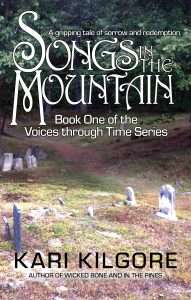 My first foray into my very own version of my native Appalachian Mountains of Virginia started back in 2015. I was chasing a story spark involving a lost coal miner, and I knew I didn’t want to set it in an actual town nearby. Partly because I didn’t want to worry about making it sound like I was criticizing people who lived and breathed, in the past or now.

And honestly, because if I created my own town, I’d never get those emails or letters telling me I got an intersection or landmark or some obscure tidbit of history wrong.

Several of my publishing projects before I started writing myself involved working with bunches of the history and geography and geology of our region here in far Southwestern Virginia. So I already had a mind full of historical town names, events, and features to draw from.

In part of that mental database, the existing town name of Richlands caught my attention, and my writer brain immediately served up an alternate version. I combined aspects of several other towns, added in important elements that were purely fictional, and Bountyfield was born in the pages of Songs in the Mountain. (Well, it started out as Hartstown and changed to Bountyfield in an odd writer mind mix-up, but that’s another story. One that’s resolved in Secrets in the Land.)

Aside from a certain spectral population, Bountyfield doesn’t stray all that far from reality. So far I’m three novellas and two short stories into Bountyfield, and working on another book right now. There will be more set there for certain!

Because I discovered just how much I love having a place to truly call my own. 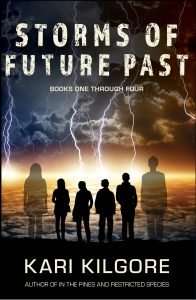 Several other towns followed. Wolf Branch, Hidden Springs, Maple Ridge, Estonoa, Laurel Gap, and Azen are all established and thriving, with novels, novellas, and short stories helping define and expand the landscape and residents of each one.

Even more fun is the way the communities are linked together: by characters, history, relationships, and sometimes disaster. I’m sure quite a few people are thinking about a rather famous network of similar fictional towns in Maine right now, and you’re heading in exactly the right direction! I did indeed get to know Stephen King’s Derry and Castle Rock in the 80s and 90s and beyond, so that’s an undeniable influence I’m proud to claim.

All that being said, Lightning Gap got its start in a different way.

I wasn’t thinking of any of the existing towns in our region at all when I first set imaginary foot in the high mountain town full of magic. A story call about a bookstore, not even requiring speculative elements, brought the town to life.

Odds and Endings, an enchanted bookstore in a glorious purple Victorian house, popped into my head right away. As far as the town name, several of our nearby towns include Gap because of our mountainous location. I couldn’t tell you where lightning came from, except that I’ve always loved watching storms.

In more than one story, including Protecting Her Own, the lightning developed into a character all her own. And yes, there’s a clear feminine aspect, at least to me.

One of the delightful adventures of revisiting Lightning Gap is how I see the town expand and establish itself with every visit. The bookstore came first, of course, and then Kay’s Café across the street—the all-important source of food and caffeine near an establishment dedicated to storytelling.

Another story revealed the town’s origins, why the Odds and Endings bookstore is purple, and why it has that incredible basement. Later I discovered houses along the twisting Lightning Ridge Road, as well as the fairgrounds right under the stunning Lightning Rock.

Along the way, Lightning Gap revealed various customs and festivals that add so much life and excitement to the stories for me. Each new discovery leads to another, and in turn to a new story I want to tell!

An unexpected gift has been writing in different story lengths and genres along the way. Odds and Endings and An Adventure Well Begun are contemporary fantasy. A not-yet-published historical fantasy followed, then contemporary romance in The Heart is the Strongest and fantasy romance in The Lightning Festival. Many more tales are lined up in the production schedule in my mind.

The romantic suspense of Protecting Her Own certainly has a new and different tone, with strong elements of mystery and crime to add to the romance. These aspects fit in well with my tales from Bountyfield: Songs in the Mountain, Secrets in the Land, and Walking the Ghosts. And still, the bookstore plays an important role, and several characters from past stories become part of the plot. 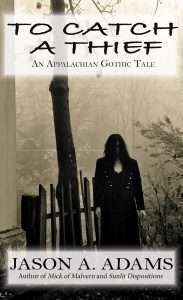 For the first time, this fictional universe crosses over with one created by my husband Jason A. Adams in his Appalachian Gothic tale To Catch a Thief. Since he has several stories set in his town of Holly Creek, I hope we have many more crossover stories in our future.

Another of the joys of Protecting Her Own is even while I was writing, I could see bunches of future stories joining the queue in my mind. Auntie Venus and Ivy certainly need their own stories, and intriguing story seeds about many other characters are taking root.

This kind of universe expansion is one reason why anyone who asks me where I get my ideas will likely get a puzzled look in return. That’s the beauty of storytelling. Once I opened the door to my own imagination, the real challenge became having the time for all the stories yet to come.

I hope you’ll join me in discovering Lightning Gap and my very own fictional version of Appalachia.

Taking advantage of the Twist of the Knife StoryBundle is a great time for your first trip, since you can also get nine other wonderful tales for a fantastic price, and support a worthy and much-needed charity at the same time.

“And then from writer Kari Kilgore I got a wonderful, suspenseful novel Protecting Her Own about love and danger and crime mixed with just a touch of supernatural. You won’t be able to put this one down.”

Once you spend time in Lightning Gap, you may find yourself becoming a repeat visitor.