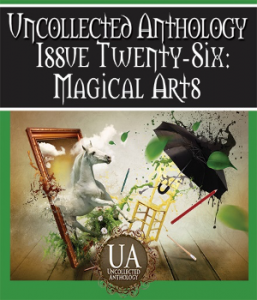 I’ve loved the Uncollected Anthology for years now, with an amazing group of writers creating some of the best urban and contemporary fantasy out in the world today. So I was delighted when they invited me to be a guest author for the Magical Arts issue!

Of course I said yes, and the toddler who runs the writing machine inside my head immediately piped up with “Atlanta!” Which makes perfect sense if you’ve ever spent much time there, and if you’ve read my stories set there. It is a strange and wonderful city, and an ideal setting for a bit of fantasy.

My sweetie Jason A. Adams is a guest author for this one too, and yes, he conjured a bit of his own Atlanta magic. Entirely different from mine, as usual, and very much a Jason story!

You can check out my story The Findings of Magic now, with a release date of December 1, 2021. And be sure to keep an eye out for the whole Magical Arts anthology, because you won’t want to miss these incredible stories.

The Findings of Magic 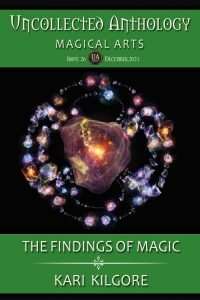 Katie makes magical beads. Desired by her best clients, Atlanta’s powerful and rich.
But now she frantically searches for a lost set.
Never suspecting another seeks not only her beads, but Katie herself.
What happens when the two cross paths, hot on the trail of so much treasure?

An excerpt from The Findings of Magic:
Vanished, but not without a trace

Katie knew her instincts and the pull of familiar magic were right. The last few of her missing beads had been here in this otherwise ordinary emporium, and not long ago, either.

Their music lingered as a whispery echo, stirring her blood and bones.

But they were gone now.

She slowly settled her hands onto the delightfully tactile sea of beads anyway. Sinking her fingers into cool and smooth and rough and scratchy. Cheap and well-made, ordinary and carrying faint traces of power.

Enough power that she might have carefully gathered those to add into designs to support the stronger pieces and increase their potency.

She would have, if she hadn’t been on the trail of the last few of the most potent beads she’d ever had the privilege of handling.