First things first: the wonderful Getting Justice StoryBundle is in its final days! So don’t let your chance to grab ten excellent ebooks for a great price get away. You’ll find a remarkable number of approaches to justice, what it means, and how to get it from some of the best writers working today.

Go grab yours before time runs out! Then read on for more about my included novel Independent by Means of Magic, and the spoiler-free ways I approached orienting myself in the fascinating Victorian Era in London, with a fantasy twist. 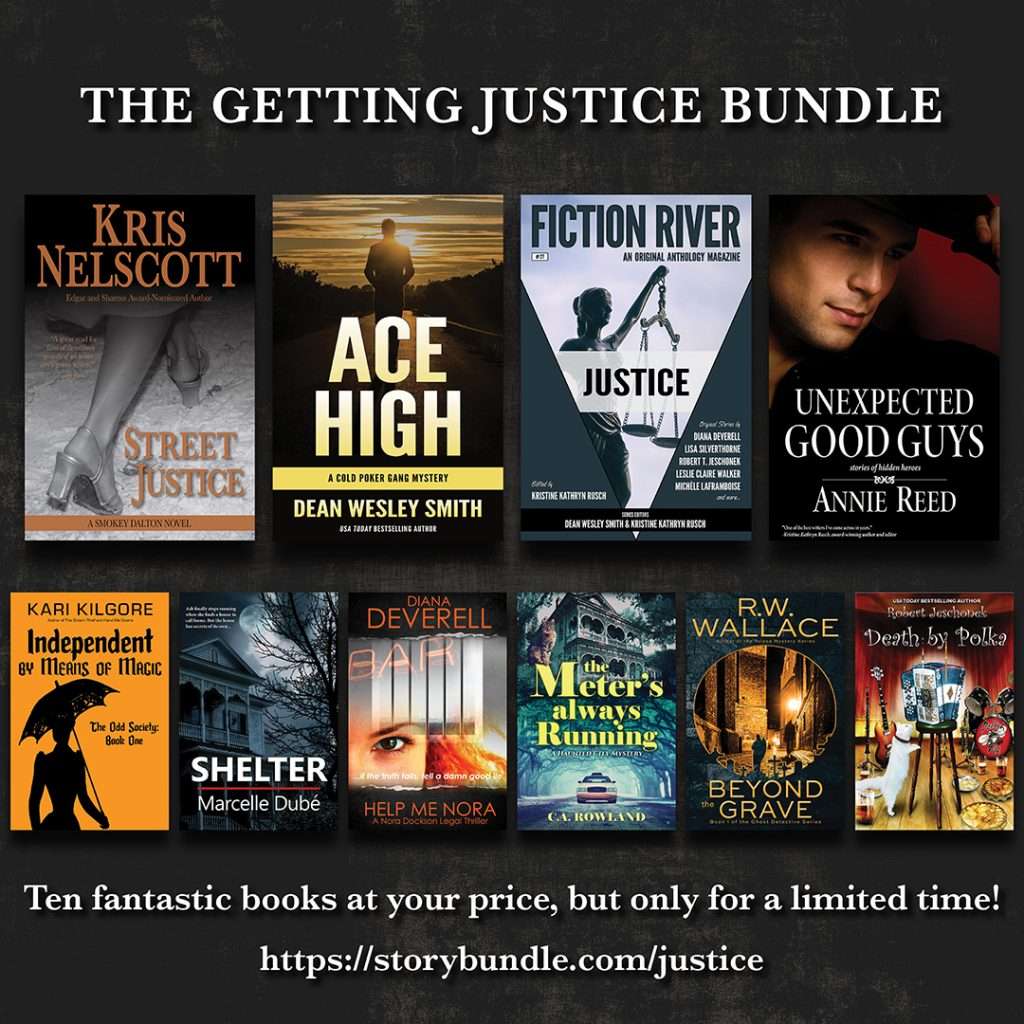 There are usually two problems writers face when it comes to tackling a story set in the past, whether it’s fantasy, contemporary fiction, horror, or even science fiction.

Dreading the research, sometimes to the point that they never get started.

Or enjoying the research so much that they can do that part for ages, and still never get started with the important part.

I’ve definitely fallen into both traps in the past, so I knew I had challenges ahead when it came to writing Independent by Means of Magic. 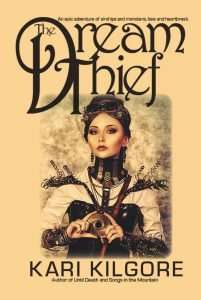 I knew a lot of general information about the Victorian Era in Great Britain from other stories. The most involved was my alternate world novel The Dream Thief, another fantasy tale that also fits into the Gaslamp subgenre.

What on earth is Gaslamp, you ask? Most everyone has heard of Steampunk, and a lot of people my age remember the delightful TV show Wild Wild West. Steampunk is set in the past, generally the Victorian Era, and it’s full of stylish clothing and wonderful steam-powered gadgets. That extrapolation of an existing technology can put Steampunk tales into science fiction.

Gaslamp is similar in style and gadgetry, but it has more of a reliance on magic. The Dream Thief fits there for certain, with a bit of steam and electrical innovation, but with plenty of magic and monsters.

Even with those speculative elements, I used quite a bit of Victorian fashion, social and moral ideas, and transportation. One thing that surprises a lot of people is how very dirty-minded Victorians were!

Let me pause here and say one of the best things about having fantasy in your historical tales is when it comes to research, you don’t have to worry nearly so much about getting the details right.

If someone gets deeply offended because the buttons on the shirt are wrong or a specific model of gun wasn’t quite available yet, first of all, feel free to ignore that and write your next book. But if you get inspired into conversation, you can just point out that there’s conjuring materials out of thin air or magic spells or dragons. It’s clearly a different world, so don’t get hung up on perfect history.

I quite like the freedom that comes with that. 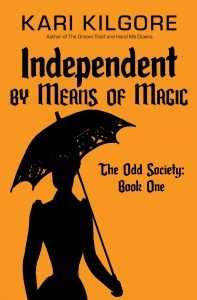 Still, for Independent by Means of Magic, I was writing a mystery and crime story set more or less in the real world, just with a magical addition or two. No dragons or flying or making things out of thin air, I promise!

So I wanted to get close on the research, without spending days or weeks or months learning every little detail about London around the 1890s.

The same thing I tend to do when I’m writing any kind of story, whether I expect to do any kind of research or not.

I start writing and see where the characters take me.

As soon as I run into a question, I stop, look it up right then, and get back into the writing. No marking it to look up later, or calling a halt to everything so I can read ten books on the subject, take classes, visit locations, and watch a dozen movies.

Not that all of those things can’t be valuable, and all kinds of fun! For me, I find they tend to interrupt the flow of the story.

If I happen to come across a topic or story idea or plot point that does require extensive research, I’ll put that story on hold, get into my research, and write something else in the meantime. That way I’m not falling into the trap of researching forever and never getting around to writing anything.

Marking it to research later, on the other hand, is the one thing that doesn’t work for me. Not one little bit.

When I’ve tried that in the past—whether it’s for a detail about clothing or a neighborhood, or medicine or technology available at the time, or something else—all I end up with is an incomplete scene that I’ll be extremely annoyed about having to go back to later. By then I’ll be finished with that story and ready to move on to something new!

The other huge problem is I routinely find some detail or quirk when I’m (briefly) researching in the moment that has an effect on the rest of the novel. And always, always, always in a good way. An interesting twist that I didn’t see coming, and I would have missed altogether if I’d waited.

Why deprive myself of those wonderful surprises? And odds are good that if I didn’t see the Fun Thing coming while I was writing, the reader won’t see it either.

It’s better for everyone!

With Independent by Means of Magic, I got to dig into all kinds of Fun Things while I was writing, or at least my eternally curious and nerdy mind thought they were fun.

I learned how fashion changed toward the end of Queen Victoria’s reign. What sorts of uniforms and tools police officers carried in London, and the difference between City of London and Metropolitan police departments. What sort of presence the Catholic Church had then. How horrifying jails (or gaols) were run, and how very modern, so-called model prisons were set up.

Spoiler alert: conditions were certainly improved over the past, but hardly what anyone would call ideal today.

None of this makes me an expert on the era, and I don’t particularly want to be. The only thing I was aiming for was knowing enough for the scene I was writing, or knowing where to look for an answer when the next question came up. 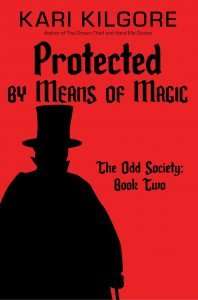 That’s it. And that was enough to get me all the way through to the end and through Protected by Means of Magic, book two of The Odd Society, and through a recent short story that was an absolute treat to write. And left me with a clear idea where book three will start (soon!).

All while having an absolutely wonderful time following the people and voices in my head without getting bogged down trying to memorize facts and details that might never have made it into the story anyway.

To tell you the truth, for me as a writer, especially writing a story with touches of fantasy, I think knowing too much might end up putting a structure on the story that wouldn’t suit my purposes at all. Since I’m not writing about actual events or actual people, it doesn’t matter what street my main character Victoria Haversham’s house is on, or which specific postal drop her family would have used.

But I loved finding out how often the Victorians sent and received mail. It was the social media, instant gratification machine of the day for certain!

I had a similar moment with The Dream Thief when it came to all the different colors of letter-sealing wax. That little tidbit led to a gut punch of a moment that wouldn’t have been nearly as effective otherwise. One I never saw coming until it happened, and never could have planned in advance.

All because I looked the information up when I needed it and jumped right back into the story.

Which I’m going to do right now!

But not before I remind you to head over to StoryBundle and grab ten fantastic books for $15, and discover how we all defined justice and how to get it. And pitch in to help AbleGamers if you can and create connection for folks who need it most.